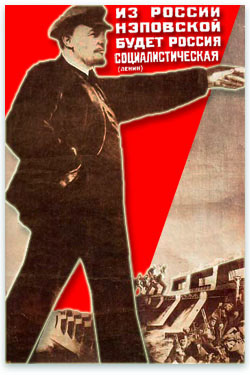 I’m writing this on November 24th. Last night, at a Black Lives Matter protest here in Minneapolis, white supremacists shot and wounded several peaceful protesters. This took place at the 4th Precinct, where, as you’d guess, there was no shortage of cops. The police response was to mace the protesters. The protest had been triggered by the police shooting of an unarmed black man, who, according to witnesses, was handcuffed when he was shot. A few days ago, the head of the police union said that the witnesses who claimed he was handcuffed should be prosecuted. I bring this up to emphasize that the question of how and why a State moves from democracy to totalitarian dictatorship is not merely academic. Between police terrorism and NSA surveillance and persecution of whistle-blowers and a candidate for the Presidential nomination of a major party encouraging beating of dissidents at his rallies and calling for Muslims to be required to wear identification marks, we are seeing that process develop before our eyes.

How, then, did a Bonapartist dictatorship take hold of the proletarian revolution? “A political struggle is in essence a struggle of interests and forces, not arguments.”

This sentence not only holds the key to answering the question of how the Stalin faction came to power, but also addresses those who believe (as, of course, I do, and so do you) that their arguments are rational, and that therefore something is fundamentally wrong with those who don’t see things their way, and with those who want to abandon the whole notion of rational discourse and polemic on the basis that no one will be convinced anyway.

This question is so important, that I want to take a moment to look at it, even though it does not directly address the nature of the Soviet State, or the triumph of bureaucratic dictatorship over proletarian democracy. What, exactly, is the role of polemic, propaganda, discourse? How does it matter when it is so much less a question of argument than of interests and forces?

Consider a sheet of 440c steel that I want to turn into a knife blade. I can press it and bend it as much as I want, but I’m never going to produce a knife blade. In order to shape the steel, I have to heat it up. In this analogy, the steel represents the consciousness of the individual, and the heat is from the clash of objective forces. In other words, my assertion is that developments in the objective world—police terror, income disparity, war—make people question what they know, and encourage them to seek new answers. It is at this point that rational argument supported by facts can, indeed, make the critical difference. That’s why I don’t believe I’m entirely wasting my time by arguing for my beliefs, and why I try to be convincing. But I need to recognize that events in the world as they affect individuals are stronger than any argument I might make.

There was an incident that I remember reading about, though I haven’t been able to find it, where, following the betrayal of the Chinese Revolution of 1927, a fellow Left Oppositionist said that their movement would grow because their predictions had been proven correct. Trotsky replied that they may gain a few because of that, but that it was a defeat for the working class, and the program of the Left Opposition was based on working class victory, and the objective forces of the class struggle had greater effect than a correct prognosis. This proved true—the defeat gave impetus to the Stalin clique, which based itself on anti-working class forces, even though its policies had led to the defeat.*

The class struggle ebbs and flows. The post WWI era, the middle to late 1930s, and the post WWII era saw tremendous class battles. I believe we are on the verge of another such period as I write these lines. And, as capitalism is international, it is the international situation, the international correlation of forces as the working class measures its strength against capital, or retreats into demoralization and quiescence, that provide ground that, for the ideas of socialism, is fertile—or not.

“It is sufficiently well known that every revolution up to this time has been followed by a reaction, or even a counterrevolution. This, to be sure, has never thrown the nation all the way back to its starting point, but it has always taken from the people the lion’s share of their conquests.” (To those who will claim that the American Revolution is an exception to this rule, as to many others, I would assert that it is not, but that is the subject of its own post.) The point is, yes, it is part of the nature of revolution that it is followed, in some measure, by a drawing back, by a reconsideration; by putting a crown on Charles II, by removing the head of Robespierre, by abandoning Reconstruction of the southern states. Part of the reason for this is simply exhaustion—that is, the psychological, moral exhaustion of a people having gone through the trauma of revolution. This reaction, in the case of Soviet Union, set in after the Civil War, aided above all by the betrayals by the Social Democrats of the revolutions in Western Europe. Though Trotsky doesn’t mention it, in my opinion the death of Lenin in 1923 must also have been a factor in the declining sense of optimism among the revolutionary masses.

I’m talking about the mood of the masses because this is a key element in understanding what happened. I’ve talked about the impoverishment of the Soviet Union, the retreat of the international working class, and the death of the most theoretically advanced and self-sacrificing cadres during the Civil War. Add to this a widespread feeling of demoralization among the masses who had been counting on being rescued by the workers of the advanced countries, as well as the reaction that, as I said above, is part of the process of revolution. Consider all of this, and remember that the real guardian of proletarian democracy must be the armed masses themselves. It’s often been said that a working class strong enough to exercise its dictatorship over society will permit no dictatorship over itself; but what happens when it isn’t strong enough?

Into all of this we add the NEP, or the New Economic Policy, which recognized that, with the delay in the rescue of the workers state by the European working class, some capitalist property relations had to be reintroduced. Let us remember that, taking the long, historical view, the most important thing accomplished by capitalism is to build the productive forces up to the point where it permits its own destruction, and the destruction of class society as a whole. One thing the NEP did, in addition to building the productive forces and permitting the survival of the economy, was to increase the petty bourgeoisie–that class that benefited in particular from the reforms. And as they increased, like any social class, they pushed for political power.

Another thing that happened around this time was, with the end of the Civil War, a massive demobilization of the army. Many of the officers, used to command positions, naturally found their way into the growing bureaucracy, which began to acquire a more “careerist” character. The importance of the growth of the bureaucracy can’t be overstated: the running of the institutions of the state took on even greater importance than in a bourgeois society, as discussed in post #5 . Thus the forces were arrayed, as always, around class interests, but in this case, rather than bourgeois versus proletarian, it became petty bourgeois versus proletarian, as it was largely the middle class that benefited from the NEP, and that flooded the ranks of the bureaucracy.

*This also provides an answer to the idiotic notion that revolutionaries want to make things worse.  It is the fight to make things better that unites the working class, and small successes, won by their own efforts, give them confidence and momentum.

Of all the species of political fauna, none was lower, none more contemptible, none more dangerous than the Socialist who defended his country in time of war.