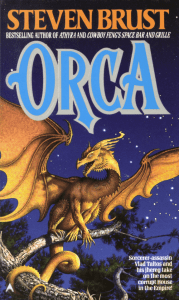 Another in the series. This is the book I wanted Yendi to be: I’m very happy with this one.

Man must hold to the conviction that the incomprehensible is comprehensible, for therein lies the drive to study and investigate.