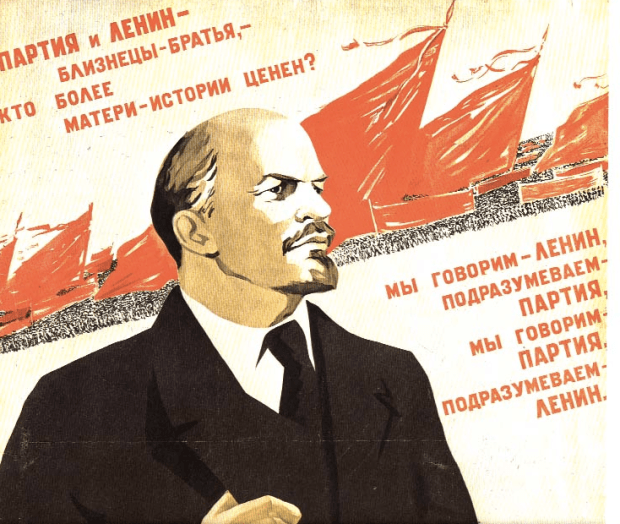 I spoke before of bourgeois revolution, taking for examples the most classic cases: the English Civil War and the Great French Revolution. At this point, I want to make a couple of observations about them, that are true in the case of every sort of revolution.

1. The economic pressure that results in the overturn of the State begins building considerably before the revolution: by the time the actual insurrection takes place, the new (in this case, capitalist) content has been built up to the point the old form is historically absurd.

2. Nevertheless, the fact that the new, progressive class (in our example, the bourgeoisie) now controls the State in its own interest, does not, in that instant, remove each and every vestige of the old (feudal-monarchical) system. For a greater or lesser time, these vestiges in law, in property relations, in custom and culture, in individual psychology, and in habits, remain in place until, over the course of a generation or two, they are finally left behind, and the new class can fully exercise its power and establish its imprint in all areas of life.

(In passing, it is because of this phenomenon that impressionists believe that the violence of revolution is “unnecessary,” because they see the evolution both before and after it, and consider it a pointless bump in a smooth flow of evolution. By this logic, of course, given the development of the fetus and the subsequent development of the infant, the violence of childbirth is “unnecessary.” But I digress.)

The same evolution-to revolution-to evolution must occur in the transition to socialism. The results of the October revolution were massive and sweeping: The banks and the major industries were expropriated, control concentrated in the State. The State itself became an organ of the Soviets, elected by the workers, the soldiers, the peasants. But it would be a mistake to think this instantly meant socialism had been accomplished, either in popular consciousness, or, more important, in all of the economic relationships—in particular, distribution. To be precise: production of goods was concentrated in the hands of the State, while distribution of goods still took place in the old way: the worker received wages, the peasant sold his product, and these were exchanged at the market for commodities.

This was inevitable—even under the best of conditions, it would take a certain amount of time to work out exactly how to distribute goods evenly and fairly, “to each according to his need.” I hope it is obvious that even distribution of goods requires, more than anything else, a society that can produce plenty for everyone; when the society cannot produce enough, some can have enough, others not. What then to do, particularly in the period of 1918-1921, when an impoverished nation, which had just made a broadly-based revolution in order, in large part, to get out of a war, was faced with yet another war? The answer was, quite simply, to hold out. The Bolsheviks themselves, during this period, were confident of two things: first, that given a period of peace, the potential for industrial growth was tremendous, and, second, that rescue by the world working class was bound to follow. “The theoretical mistake of the ruling party remains inexplicable, however, only if you leave out of account the fact that all calculations at that time were based on the expectations of an early victory of the revolution in the West. It was considered self-evident that the victorious German proletariat would supply Soviet Russia, on credit against future food and raw materials, not only with machines and articles of manufacture, but also with tens of thousands of highly skilled workers, technicians and organizers.”

The first of these need not be justified as the facts and figures are there, as I mentioned in the previous post. As for the second—it did not fall out that way. This brings up what is, I think, a critical point in evaluating the economic and political decisions made by the Bolshevik Party: were they deceived in expecting this rescue? The prediction of a massive upsurge by the European working class was dead on. The prediction of revolutionary crises, in which the European worker had to confront the question of power, was also accurate. So where did it go wrong?  In Britain, France, Belgium, and especially in Germany where the working class had actually taken power, the infant Third International proved, in the event, too new and small to turn the tide of betrayal by the Social Democracy, which still held the trust of most of the working class in those countries. In 1919, the Social Democracy cooperated in the murder of Rosa Luxemburg and Karl Liebknecht by the fascist Freicorps, and gave power back to the capitalists. The Third (Communist) International was building as quickly as possible—parties sprang up in every major capitalist country, and most of the minor ones, and its influence within the working class grew. The Communist Party of Hungary took power (or, more precisely, was handed it by an utterly demoralized capitalist class), and workers in other countries rose. But there was simply not enough time. Building a mass party happens quickly when the objective circumstances are right and the program reflects the needs of the working class, but not instantly, and when the revolutionary crisis arose the working class was still too trusting in its Social Democratic leaders (no doubt helped a bit by the petty bourgeois dilettantes who insisted the Communist Party spent too much time criticizing other tendencies).

Still the belief held firm. The workers state must hold out, and must remain a beacon of hope to the international working class while it awaited rescue.

But, then, how to hold out? By the time of the failure of the first German Revolution, the Soviet Union had already been invaded, and everything was focused on survival: building an army, equipping it, feeding it, all under intolerable circumstances. This was the period of “War Communism,” in which the regulation of distribution of commodities was aimed, not at improving the life of the individual, but at survival in the face of foreign powers and Russian counterrevolutionaries determined to crush the Russian working class. It is a testament to the vitality of socialist property relations, and to the fighting spirit of the Russian worker and peasant, and to the leadership skills of the Bolshevik Party, that it held out at all. But the strain was incredible.

I spoke before about the relationship between peasant and worker—the worker’s need for the products of the peasant (food, and much of the raw material of production), and that, in turn, only through an improvement in farm machinery could the level of production of the peasant be increased. Co-existing with this relationship was one of prices. Price controls, of course, are nothing new: all of the major capitalist countries, certainly including the United States, have resorted during wartime and other crises to prices fixed by the State. But the tremendous pressure of poverty and civil war made this task especially difficult. Set the prices too low, and the peasant would refuse to sow, or hide his grain. Set the prices too high, and the worker would face starvation, or at best an inability to increase the productive forces.

To the bourgeois economist or apologist for capitalism, of course, this is a weakness. Yet, we have seen from the growth of the productive forces how it is a strength, and is one of the things that permitted the Soviet Union to survive in nearly impossible circumstances. But this, too, has its reverse: to effectively direct the economy of an entire country requires studying and learning and a willingness to adapt to new circumstances; to experiment boldly and to analyze the results of the experiments honestly. For this to happen, Soviet democracy and freedom of discussion within the ruling party are among the most important features in order to ensure that the decision-making process is robust and flexible. For reasons that we’ll get to later, it was this democracy and freedom that was missing when, beginning around 1923—in other words, at the end of the Civil War—a bureaucratic clique gained more and more power. But before we study why this happened, we’re going to look at the results.

…that is the moral of the opponents of violence in politics: they renounce violence when it comes to introducing changes in what already exists, but in defense of the existing order they will not stop at the most ruthless acts.