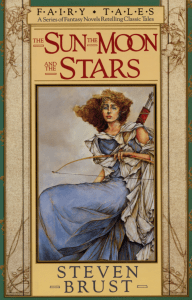 I think at a certain point, every writer has to ask himself why he writes, and what he’s hoping to do. I wrote this one to answer that question and to explore other questions about art that had been troubling me. I have mixed feelings about it—I think I did all right with it, but it is too personal to have a very wide appeal. Still, I’m glad I wrote it, and I’m always pleased to run into people who like it.