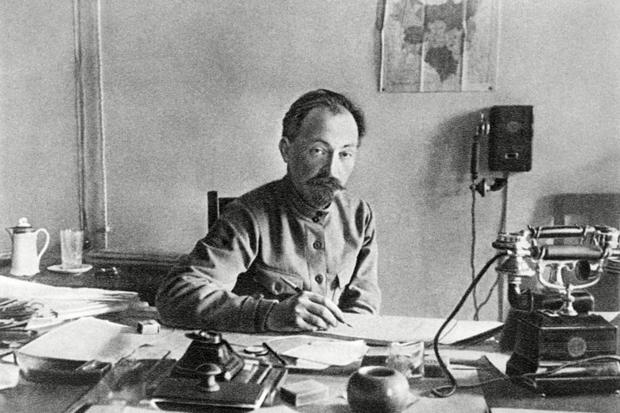 Felix Dzerzhinsky, head of the Cheka

Reader Miramon made an interesting comment on my last post, raising some issues that I think are important to address, both for their own sake, and because it will allow me to put forward some ideas that deserve exploration.

“Seems to me that clause ‘full unity in action’ must necessarily lead to a habit of obedience in all party members, even without any corruption, even without a Dzerzhinsky ordering the mass-executions of traitors real and imaginary.”

There is a theoretical error here: looking at the Party that creates the society as if it had to be a model of the society it creates. At first glance, this is an attractive theory: how can a non-democratic party create a democratic society? In fact, the two have nothing to do with each other. In general, parliamentary democracy has been brought into being by force—revolutionary or military. The organs used for this process were anything but democratic. The party is not the society, it is the tool used by the working class to create the society. If the instrument of creation had to resemble the object created, every work of sculpture would look like a chisel.

And as for the meaning of obedience in this context, let us look at the Democratic Party of our own age. If you look at the Party Platform you will be struck at once by how little it actually says about anything. However, with some work, we can find a few things the Party appears willing to admit it is for. For example, “Maintaining the Strongest Military in the World.” Now, I’m sure we’ll agree that there are members of the Party who disagree with that, and would like to see the military de-prioritized, if not seriously cut. And it is not unlikely that they fight for this position within the Democratic Party. And yet, an official spokesman for the Party who stumped around the country attempting to rally support from the public against an element of the Democratic Party platform would soon enough no longer be an official spokesman. When a political party adopts a position, it is incumbent on members of that party to support it publicly, or remain mute, or leave the party when speaking in an official role. That is the essence of “full unity in action.”

Once the Bolshevik Party determined its course, voting after a full discussion, those who disagreed with the decision were expected to go along with it, or to remain mute, or leave the Party (although, certainly, they could continue fighting for their position within the Party). What Lenin insisted on, and fought for at the Party Congress of 1903 in which the Bolsheviks and Mensheviks split, was a party that would function as a weapon in action, rather than a loose society of generally like-minded people.

“But even so, under Lenin the security apparatus took advantage of the state of emergency to seek out and eliminate elements that were not treacherous or subversive but merely not in harmony with Bolshevik objectives.”

But… what were the Bolshevik objectives from 1917 to 1923? A workers state, and the prevention of a restoration of the monarchy or a Kornilovist fascist counter-revolution. The forces repressed by the Bolsheviks were those whose class interests were hostile to the working class, whether Black Hundred murderers, or the Mensheviks who were collaborating with Capital, or the Right Social-Revolutionaries who were attempting to assassinate leading Bolsheviks. Were the Bolsheviks too harsh in their suppression of the enemies of the working class within those first years? I would say just the reverse: if they can be held culpable, it was for excessive misplaced kindness: how many Czarist nobles and generals were released in the early days of the revolution, who then went on to fund, organize, and lead the Civil War against the workers’ state? Is it possible that members of the Cheka abused their power to settle personal scores? Absolutely. But let us remember that anyone caught doing so would have been immediately sent before a workers tribunal; even his enemies spoke of Dzerzhinsky as incorruptible. Yes, revolutionary force can be abused; but it also contains its own method of limiting and correcting the abuse—up to the point where the revolutionary masses are no longer in control of their own destiny. The question then becomes how and why the revolutionary masses lost that control, which goes back to what I addressed in the previous post.

“IMO you cannot found a state that aspires to the revolutionary virtues of liberty, equality and fraternity based on tactics of terror.”

In fact, I believe that is the only way to found such a state—or, indeed, any state that represents a new class coming to power. One of the contradictions in our world is that we want to live in a society of peace, of freedom, of equality; but the only way to achieve that involves violence and revolution and the class struggle. But this is not unique to proletarian revolution. Every advance in social form has been accomplished by violence and terror (to be sure, rarely using the word terror) or by war. From the first bourgeois revolution, which ended with Cromwell’s dictatorship, to the American Revolution, which at once turned into a bloody war and which (American myths to the contrary) was accompanied by extreme repression of “Loyalists,” to the Great French Revolution and the “Reign of Terror,” to the bloody and seemingly endless wars in which the German states failed to unify until the late 19th Century, to the string of uprisings in 1848 in which national bourgeoisies tried, with greater or lesser success, to win their independence, capitalism has accomplished its mission of creating parliamentary democracy through violence, terror, and repression. How could it be otherwise, without convincing the old order of kings and nobles to go quietly into that good night, which no ruling class has ever done if it still had any chance of fighting?

Underneath these arguments, notwithstanding the statement that “I grant that the USSR was under many forms of attack during the early years and so some harsh measures were necessary to preserve the state,” is a sort of idealized picture of revolution that has nothing to do with reality, as if the insurrection occurs on January 1st and you wish for complete freedom, full democracy, and all human rights restored on January 2nd. This, of course, could be accomplished if there were no danger of counter-revolution; but if there were no danger of counter-revolution, the revolution itself would be unnecessary. So, how long do you continue measures of repression? The answer is provided for us by every bourgeois state in history: As long as needed to secure power for the new ruling class, and no longer. When can a state reduce its police forces, surveillance systems, and prisons, and permit greater liberty?  In the case of the Soviet Union, surrounded by enemies for its entire existence, the answer was: never.

Finally, Miramon brings up the question of Trotsky’s attitude toward Dzerzhinsky.  Rather than taking up more blog post, those of you interested in the question may want to read this.

The eternal mystery of the world is its comprehensibility.