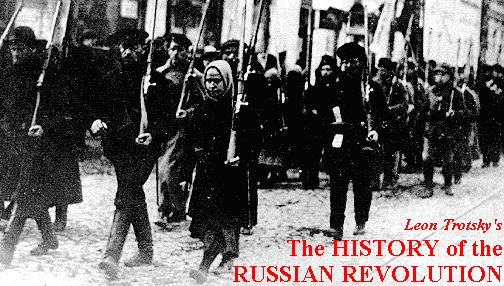 I ought not to have been surprised at the degree of resistance there was in my previous post to the notion that human beings are not inherently selfish, but rather that selfishness is a response to definite conditions, and to socialization in response to these conditions. It seems like whenever it comes up, the best someone can do is pull out the, “children are selfish,” thing. And, having raised four, I can tell you that there are, indeed, circumstances where a toddler will greedily cling to Jojo-the-Stuffed-Monkey crying, “Mine!” It appears to have never crossed these people’s minds that a second Jojo-the-Stuffed-Monkey makes the problem go away, and if there had never been a Jojo-the-Stuffed-Monkey, the problem wouldn’t have come up. (In practice, we parents usually solve the problem by a judicious application of Gigi-the-Stuffed-Velociraptor, but I digress). Selfishness is a response to the circumstances where there is more than subsistence, but not plenty.

I also confess to being a little surprised at those who wonder why the question of egalitarianism matters in a discussion of socialism. Apparently, I haven’t done a good job of getting across my thesis, so let me try again: This and the previous post center upon the Marxist view of the State as an instrument of class oppression. Class society exists when there is a sufficient surplus to support a leisure class but insufficient for plenty, and, in my view, the State must vanish when class society vanishes, because goods then can be distributed equally, so there is no need for an instrument to defend the privileged.

Which brings us back to the real question, perhaps the essential question of these posts: why is it the State failed to whither away? “The proletarian dictatorship forms a bridge between bourgeois and socialist societies. In its very essence, therefore, it bears a temporary character. An incidental but very essential task of the state which realizes the dictatorship consists in preparing for its own dissolution. The degree of realizing of this ‘incidental’ task is, to some extent, a measure of its success in the fulfillment of its fundamental mission: the construction of a society without classes and without material contradictions.” [Emphasis added–SB]

Trotsky goes on to say, “The philistine considers the gendarme an eternal institution. In reality, the gendarme will bridle mankind only until man shall thoroughly bridle nature.” And, to get to the heart of the matter, “It is true that capitalist anarchy creates the struggle of each against all, but the trouble is that a socialization of the means of production does not yet automatically remove the ‘struggle for individual existence.’ That is the nub of the question!”

The Soviet State, as it emerged from the period of War Communism, was deeply contradictory. The old elements of bourgeois law, especially regarding distribution, remained in force next to elements of socialistic law; the future and the past dwelt in the same body, and were not comfortable together. The State, then, though responsible for the transformation to a socialist system, was also the arbiter of inequality; it had to enforce the system by which some had more than others, until such a time as the economy could be rescued by the working class of the advanced countries, or could develop on its own the means of producing enough for everyone, or a combination. And we have to add to this a factor the importance of which cannot be overstated: the revolution had been made by a working class with an extremely high level of theoretical knowledge, class consciousness, and fierce enthusiasm for socialism; and yet, it was exactly the best of these, the most class conscious, the most advanced, the most enthusiastic, who were also the most self-sacrificing. The Civil War took its strongest toll on the lives of these workers.

“If for the defense of socialized property against bourgeois counterrevolution a ‘state of armed workers’ was fully adequate, it was a very different matter to regulate inequalities in the sphere of consumption. Those deprived of privileges are not inclined to create and defend them. The majority cannot concern itself with the privileges of the minority.”

Who would defend those privileges? Those who had them. Or to put it in simple terms: those who had the job of deciding how the surplus was divided tended to, first, start with themselves, and second, to attempt to secure their positions so they could continue doing so. “So long as even a modest ‘Ford’ remains the privilege of a minority, there survive all the relations and customs proper to a bourgeois society. And together with them there remains the guardian of inequality, the state.”

And so, we now have two forces contending with each other: One forward-looking, counting on the revolutionary workers of Western Europe, and a deeply conservative one interested in preserving its elite status. The remark I made above about the sacrifice of the most advanced workers in the Civil War had its exact counterpart: the gaps these workers left in the State machinery when they went off to die were filled by their opposite—ex-Mensheviks largely—those who had opposed the revolution, and still had no confidence in it. These forces flooded into the Communist Party and the State.

Thus the stage was set for the battle that would determine the future of the Soviet Union, and of the world working class, for the next hundred years.

Of all the species of political fauna, none was lower, none more contemptible, none more dangerous than the Socialist who defended his country in time of war.