Every time I agree to attend a convention I’m asked to send along a biography, which would require writing one.  I figure, now that I’ve been in this business for 35 years, I ought to consider taking it seriously and actually have a bio I can send them.  I’ve written one up, and I reproduce it here so I can find it easily.

Steven Brust was born late in the Cenozoic Era at a place a mere 238,900 miles from the lonely, harsh desolation of the moon. From the moment of his birth, he launched a study of language, facial recognition, and tool using, while simultaneously beginning an intense regime of physical fitness.  He fell into a life of crime under the influence of Tuli, the Evil Dog of Evilness, a life which continued for many years.  At one point, aided by Captain Blondbeard the Space Pirate Kitty, he nearly succeeded in either taking over the world or destroying the universe, the record is unclear. The plot, which featured a machine (built by a mysterious parrot known only as “Doc”) that could predict the future, failed when the machine turned out to be only able to predict the plot of action movies. This led Brust to abandon his criminal activities and begin writing science fiction and fantasy novels. Only time will tell how much lower he’ll sink. 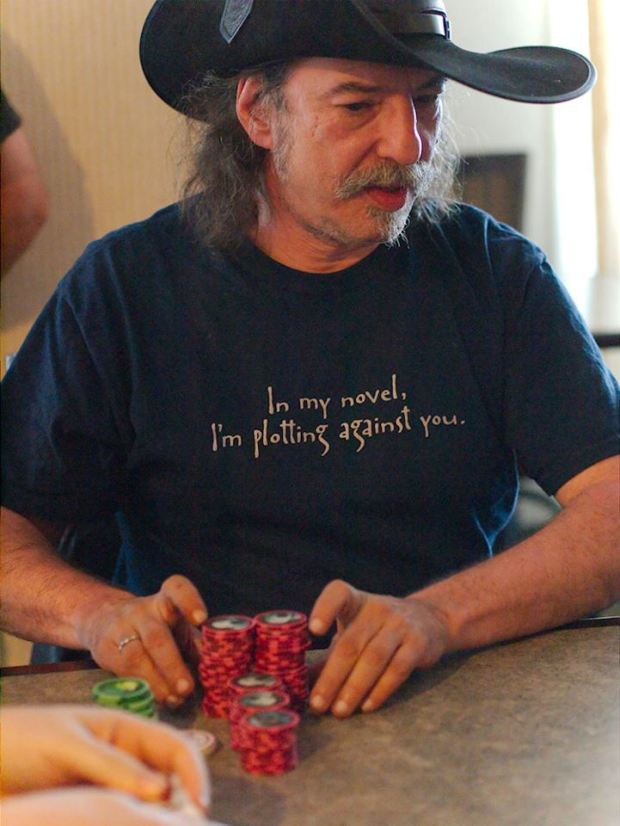