The following happened back in 1991. I thought it lost forever until my friend D.W.James let me know that, in fact, he had saved it as it happened (then posted on the old bulletin board system GEnie).

So, without even fixing typos, here, as it unfolded at the time, is the saga of the Catmobile vs the Snowplows

Bill, it was *great* doing tunes with you. More! More!

So, for those of you who like stories, a funny thing happened today. Or, actually, is happening now (pause to go look out the window), yes. Well, you see, when I got home from Silicon, I found about fifteen or twenty more inches of snow than there’d been when I left. The Catmobile (the ambulence pictured on the cover of ANOTHER WAY TO TRAVEL) was burried. Not only that, but it needed a jump-start (I left the headlights on last time I drove it). Not only *that* but it was parked on what we Minnesotans call a “Snow Emergency Route”– the first areas plowed during a snow emergency, and you’d bloody well better not leave your car there.

So, there’s the Catmobile, dead, burried, and in the wrong place, with a nice ticket sticking out of the snow mound. Not much I could do about it right away, but I figured I’d try to get some help and move the thing this weekend.

Too late. About 10:00 this evening, the city towing service arrived, dug her out enough to attach chains and stuff, and started pulling. The Catmobile didn’t want to go. They argued. The towtruck lost. I looked out the window about 11:00 and saw the poor man standing out there, scratching his head. I went out to talk to him, and found out that his truck had burned out. No engine, no power, nothing. I invited him in. He came in and used the phone. Seemed like a nice guy.

The third tow truck arrived about 1:00.

They retreated in confusion about 1:30, leaving behind the first truck, which was still disabled–in front of my driveway. Now, you can’t go and block someone’s driveway, can you? ‘Course not. I called the police, and explained that their was a towtruck blocking my driveway. They came by about ten minutes ago (as I was starting to type this message) and looked at it. I don’t know what they’ll do. They’ll probably get my car eventually, but she sure hasn’t made it easy for the bastards.

03:55 and tow-trucks number 5, 6, and 7 are there. Number 1 is too, still being attached to the Catmobile. Truch number 6 is a big flatbed–they’re pulling out the heavy artillery now.

This is all fun, but I hope they don’t hurt the car, or I will be seriously bummed.

04:03 Truck *NINE* showed up–another flatbed, and they’ve finally managed to get truck number 1 out of there. Now there are two flatbeds and a regular truck standing around out there. Presumably they’re finally going to take the Catmobile away, but I don’t see them actually doing anything yet.

4:15 Truck *ten* just showed up. Another flatbed. The last regular tow-truck has split. People, I’m not making this up. Now they look serious about towing her. *Sigh*

Afterword added 2/12/2013: One thing I didn’t mention at the time, but clearly remember: As they were towing her away going north on Portland (which is a one-way street going south, incidentally), a bit of snow fell off the left front headlight. I swear to God, it looked at though she were winking at me.

I retrieved her the next day, and I’ll bet to this day those people have never seen anyone grinning as much when retrieving a towed-away car. 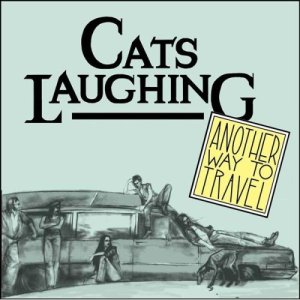 Whenever I get my ‘moon time’ I want to punch a pagan in the mouth.